Belize (former British Honduras) has a population of around 320,000 with different descends. Belize is located between Guatemala to the west and south and Mexico to the north.

Language:
English is the official language of Belize but Spanish is widely spoken.

Passports and visas:
To enter Belize, only a valid passport is necessary. Typically customs grant you a visa for a stay for up to 30 days on the tourist stamp. You can renew your entry permit at immigration offices for a fee of BZ$50 per month for the first six months. The nearest immigration office is in Independence. Information can be found also on these websites: Government of Belize, Belize Tourism Board and Belize Tourism Industry Association (BTIA) .

Currency:
Belize Dollar (BZD or BZ$) with a fix exchange rate of 2:1 to the US Dollar

Money:
Placencia has 3 ATMs, visit Atlantic Bank, Scotia Bank or Belize Bank. US$ are taken everywhere to the fix exchange rate. If traveling from Europe consider that only Belize Bank exchanges Euros. Opening hours of banks vary, but are typically Monday–Thursday 8–2 and Friday 8–4.

Taxes:
The hotel tax is 9%, and a 12.5% Goods and Services Tax (GST) is charged on meals, tours, and other purchases. When departing the country by international air, even on a short hop to Flores, Guatemala, you’ll pay US$39.25 departure tax and fees. This must be paid in US$ or by credit card. However, most international airlines include the departure tax in the airline ticket price. When leaving Belize by land to either Guatemala or Mexico, there’s a border exit fee of BZ$30, plus a conservation fee of BZ$7.50. This may be paid in either U.S. dollars or Belize dollars, but not by credit card.

Health:
Vaccinations are recommended for Hepatitis A and Typhoid. In Maya Beach you can drink tab water, however if traveling through rural areas bottled water is a must. Use always insect repellent – Malaria is not common on the Placencia Peninsula but Dengue fever can occur. If you need subscription drugs please take them with you when travelling to Belize. In Placencia there is one pharmacy which is stocked well but they might not carry the subscription drugs you need.

Crime:
The Placencia Peninsula is a very safe place however common sense is important e.g. don´t leave the apartment unlocked when going for a swim.

Electricity:
Electrical current is 110 volts, the same as in the United States, and outlets take U.S.-style plugs.

How to get there?

You can also rent a car in Mexico and drive down to Belize (yes, you are allowed to cross border). Car rental is cheaper in Mexico than in Belize. We recommend America Car Rental. 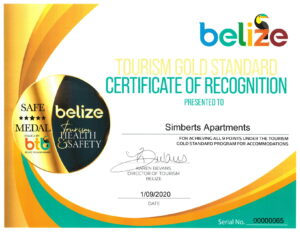 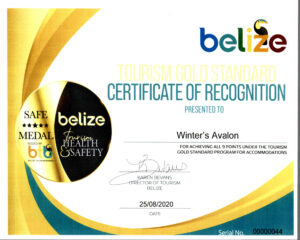 You have vacation dreams. We have dream vacations.

Find what brings you joy and go there.

Happiness Is Just Around The Corner.

Let’s Get Away From It All.

Memories Are Made Of This.

Pack Your Bags And Leave Tonight.